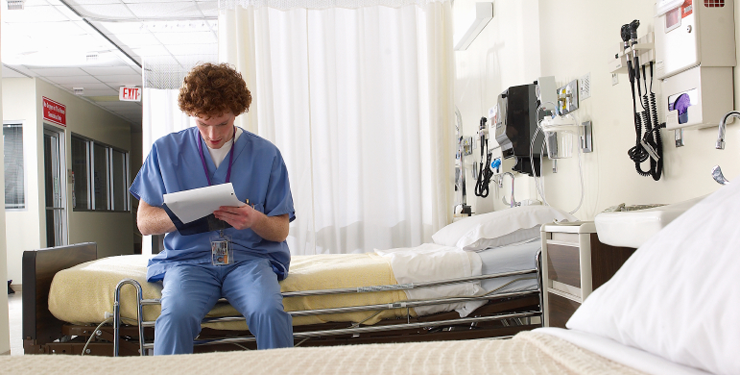 I first met Dr. Schiff in my second year of medicine while I was doing Internal Medicine at St-Mary’s as part of my Introduction to Clinical Medicine (ICM) course. I remember being surprised to find a family physician working in the wards as the typical image that I had of a family doctor was that of one working in an office. I was even more surprised to see that this was common practice in this hospital. I later met Dr Schiff again in my Family Medicine Urban rotation at St-Mary’s in the context of an office-based practice. It was interesting to see the same person doing two completely different practices. This is one of the things that Family Medicine allows you to do.

His Training
Before studying medicine at McGill, Dr. Schiff completed an honours degree in Physiology also at McGill. After graduating, he did a two year residency in Family Medicine at St-Mary’s where he was chief resident. He then continued practicing at St-Mary’s doing emergency, clinics and soon thereafter wards.

Why Family Medicine?
When he was a medical student, Family Medicine was not part of the core rotations. The only exposure you could get to this field was through an elective. He says that he was interested in everything so he decided to try it out and did an elective in Family Medicine at Queen Elizabeth. After this experience, he was sold to Family Medicine. He loved the fact that you got to know your patients extremely well in the long term and be with them through the good and the bad. He has never regretted his choice ever since.

His Current Practice
Presently, Dr Schiff works two half days in an office at the Hayes Pavilion at St-Mary’s. He is also actively involved in academics as he has a half day of teaching for residents in Family Medicine and for medical students as part of their ICM course. The rest of his practice is devoted to in hospital patients. He is currently director of the division of in hospital family physicians at St-Mary’s, director of the Medical Day Center and has other administrative responsibilities as well. He is also actively involved in clinical ethics and IT. In a year, he does approximately four months of internal medicine and six months of oncology in the wards. The patients are admitted under his name and the specialists (ie: oncologists and internists) act as consultants. In other words, he is the primary physician of the patient while he or she is admitted and he makes the decisions for that patient in conjunction with the specialists.

Additional Training
Dr. Schiff did not do any additional training to practice in hospital family medicine. As far as he is aware, there is a hospitalist program after residency in the United States but none in Quebec. At St-Mary’s, Family Medicine residents who want to work as hospitalists can do an extra month in the wards where they are given more responsibilities and they learn from other family physicians such as Dr Schiff.

What He Likes About His Practice
Dr. Schiff says that he likes being part of a multidisciplinary team who takes care of sicker patients. He loves the challenge of caring for patients with multiple problems and being actively involved in their management. He likes taking part in discussions with families about important matters such as level of care as well as providing comfort and reassurance to them. He finds rewarding that he can bring more than his knowledge and his prescription pad to these patients and families, he can bring “himself” as a person to care for them.

Dr Benjamin Schiff reviewing a patient with a resident.

Attributes Needed As a Hospitalist
He says that you require a very good knowledge of internal medicine because you deal constantly with sick patients who have multiple issues at the same time. You also need excellent managerial skills as you run a service that has an important flow of patients. The ability to work in a multidisciplinary team is crucial to succeed in running a ward. As well, you must know your limitations and be able to follow recommendations from your colleagues as well as other members of the health care team.

Challenges Faced As a Hospitalist
Dr. Schiff says that the hardest challenge that he faces all the time is balancing everything that he does. He needs to provide a service to patients while letting the residents and the students take an active role in the team as well. When asked if he faces downgrading from the consultants, he answered that he has not sensed that at all at St-Mary’s since family physicians are extremely involved there. He describes “a symbiotic relationship” between family physicians and other specialists at St-Mary’s where everyone values each others’ opinions.

Smartphone and Apps
The applications that he uses the most in his Iphone are Epocrates, Medscape and AHRQ ePSS which are all free. This last app allows you to search U.S. Preventive Services Task Force recommendations in order to identify different preventive actions appropriate for a patient of a given age (eg: colon cancer screening).

Advice for Future Family Physicians
He wants them to remember that a family physician is like a “pluripotent stem cell”. Family Medicine allows you to practice generally or specialize as much as you want. If you want to challenge yourself and manage patients through all their problems both physical and emotional, in hospital medicine could be for you!